Summer exhibitions are beginning to pop-up around the city. Starting this weekend, several galleries will have their openings, bringing exciting and highly international works here to Berlin. 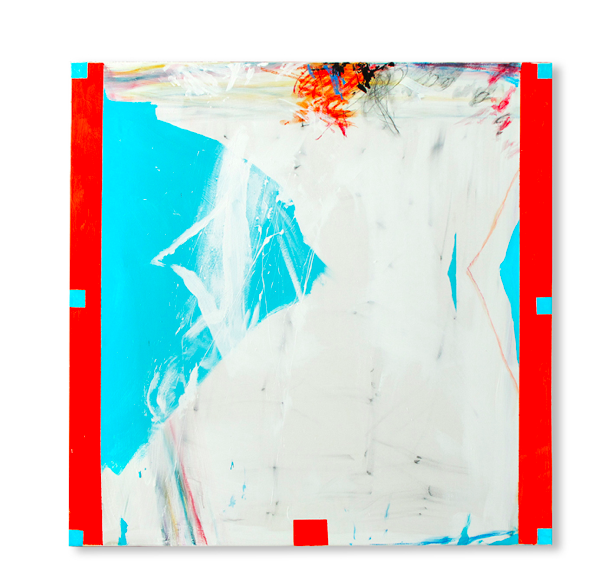 Swedish artist Olle Baertling — who has gained great international recognition since his first solo show with the gallery in 1976 — will be presented at gallery Nordenhake starting tomorrow evening. Baertling developed his Open Form after his exposure to the Concrete Art movement in Paris. The diagonal lines in his paintings form his bold and colorful triangular structures, which converge off the extremities of the canvas. For Baertling, this suggests a scale that cannot be contained on such a surface — the proposal of an infinite, cosmic scale. Just as the forms in his paintings do not relate to anything from the real-world, Baertling’s titles are also outside the boundaries of language, as they are linguistic constructions.

“The Poetic Conceit and Other Works”

American artist James Lee has three simultaneous solo-exhibitions on view this summer: The Figure of Death and The Moon Column at Michael Werner Gallery in New York, The Diamond Floor at Michael Werner Gallery in London, and The Poetic Conceit and Other Works which will be presented here in Berlin at Veneklasen Werner. Byars has pursued his life-long obsession of a personalized notion of “perfect” in his works. The exhibition at VW traces issues of perception, language and contemplation in Byars’ oeuvre. The four pieces: “The Capital of the Golden Tower” (1991), “The Poetic Conceit” (1983), the performative “Hole for Speech” (1981), and the 16mm film “Autobiography” (1970) together form a distinct body of work that explores and questions the nature of language and communication.

Opening June 25 at 7:30pm
Tonight, Aurel Schreiber will open an extensive exhibition of works by one of the most important German sculptors of the 20th century: Erich Reusch. Since the beginning, Reusch’s works have been defined as both sculptural works as well as transformed spaces. With his consistent absence of a base, Reusch instead emphasizes the use of vertical and horizontal alignments of his sculptures. The floor sculpture is in a free composition, accentuating the environment in an innovative way. The place is decentralized, as the artist moves the reference point of the elements asymmetrically so that individual forms of tension are in a composition, which relate to each other.