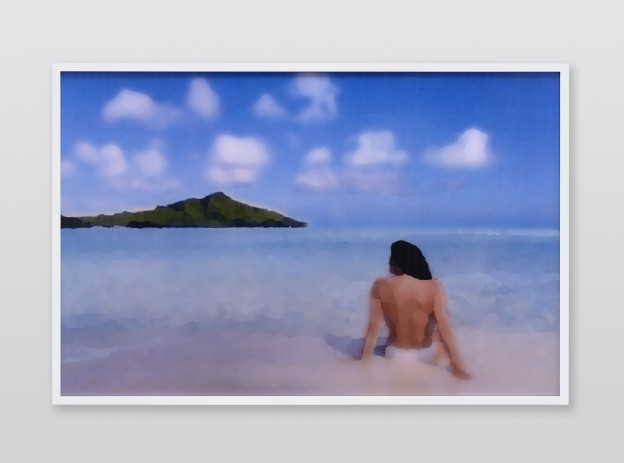 
Jennifer is sitting on a picture perfect Bora Bora beach, her bare back towards the beholder, with her feet in the incredibly clear water, looking onto a green island on the horizon. Jennifer in Paradise is a private holiday picture from 1988, and the first photograph ever to be photoshopped: Photoshop’s co-developer John Knoll used this image of his then girlfriend (now wife) for the first demonstrations of his influential program. The Internet did not exist at the time, and digital photography was rare; Jennifer in Paradise was never released online. Acting as a media archaeologist, the artist Constant Dullaart has searched for traces of the image and restored it. It now finds shape in the artist’s practice in websites, encrypted jpgs, origami sculptures, lenticular prints and custom vinyl wallpaper. At this year’s abc art berlin contemporary, Dullaart will exhibit a variety of renditions of the picture at Future Gallery’s solo presentation of his recent work.

By appropriating the image time and again in new formats and forms, Dullaart not only comments on the personal character of software politics, distribution and the contemporary understanding of the image, but also – e.g. in a letter addressed to its subject, Jennifer Knoll
– on the objectification of the female (naked, white) body within our understanding of photographic representation. An issue that can never be commented on enough. 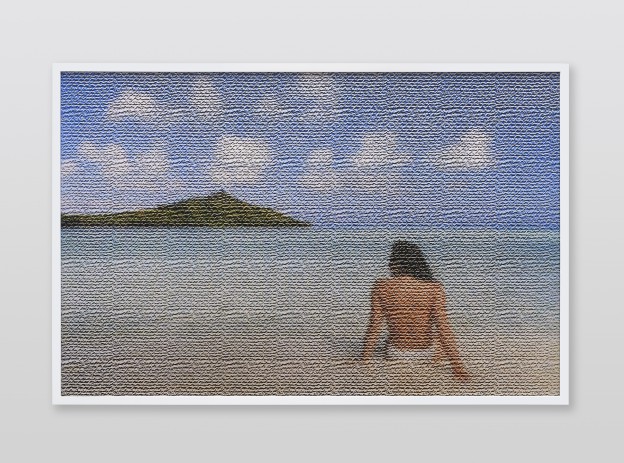 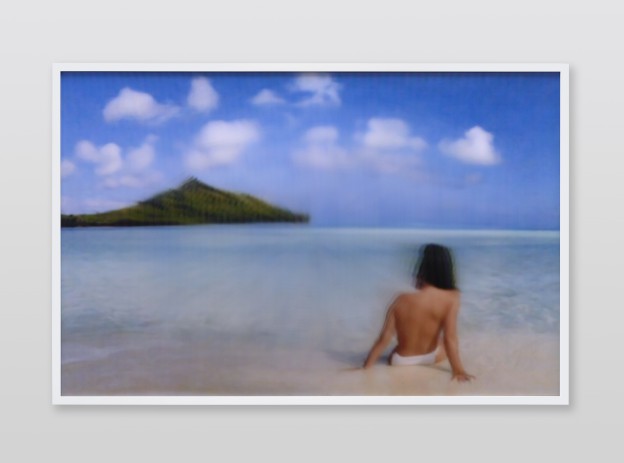