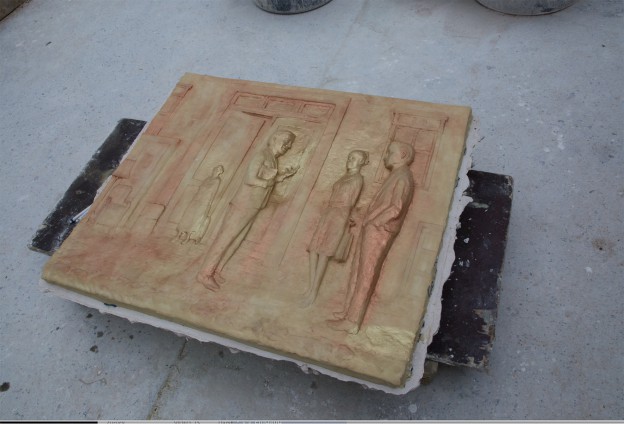 More news on the works to be debuted at abc this year.
Upon being asked to realize new artworks for this years abc many artists have been developing projects specific to the site and relating to the surroundings. When approached by his gallery Supportico Lopez, the German artist Jan Peter Hammer immediately had a Berlin specific idea in mind. His work “Gedenktafel für die Verlierer der Wiedervereinigung/ Memorial for the Losers of the Reunification” refers on many different levels to the recent history of Berlin. On the one hand, the material itself, plays with the tradition of the commemorative bronze plaques that one can find all over Berlin’s historic sites. Then there is the idea of the bronze plaque, a reminder to the structural changes Berlin’s eastern part went through after reunification. In the words of Jan Peter “(the plaque) is meant as a memorial for all our lost neighbours, for all the aging workers and pensioners, who were replaced by the dapper families and sleek professionals that now populate East Berlin.”