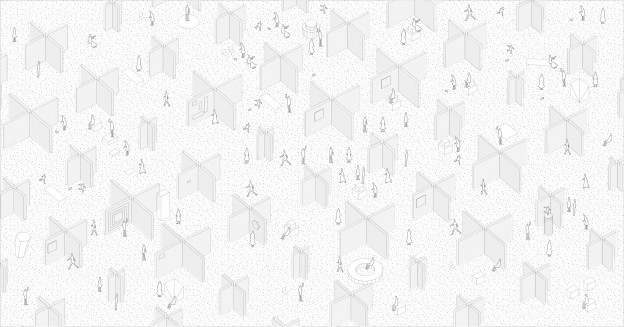 
Johanna – you were invited and in charge of creating a new architectural concept for abc. Please tell us how the new architecture looks.
After the round entrance you enter an equal grid of rooms. Rooms that are sometimes quite closed and defined and sometimes they open up and seem almost to dissolve themselves. In each corner one artist is represented. The galleries could choose the length and number of corners or if they want to curate a whole room by themselves. I like that each room becomes unique and that even if different galleries are represented they start to communicate with each other, forming an atmosphere. We just gave the grid points and the rules. How the layout finally turned out was up to the feedback of the galleries. In that sense it’s a quite flexible concept. It gives a strong spatial frame, that adds orientation and binds it all together, but within there are many different possibilities for the galleries and artist to present their work. 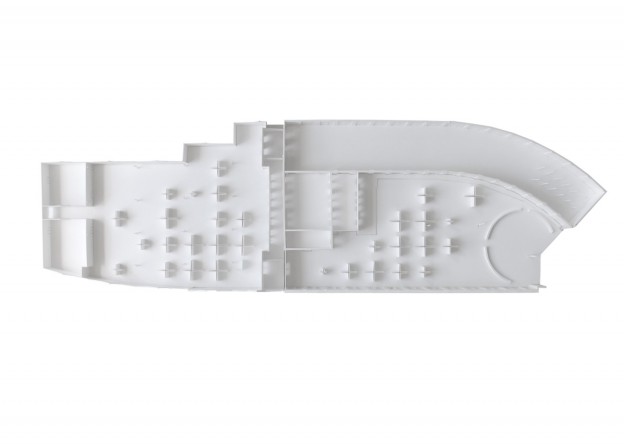 What inspired you for this new design?
We had a different concept before where very long walls were involved. I was told that it would be problematic because everybody wants to go to the corners then. Well… 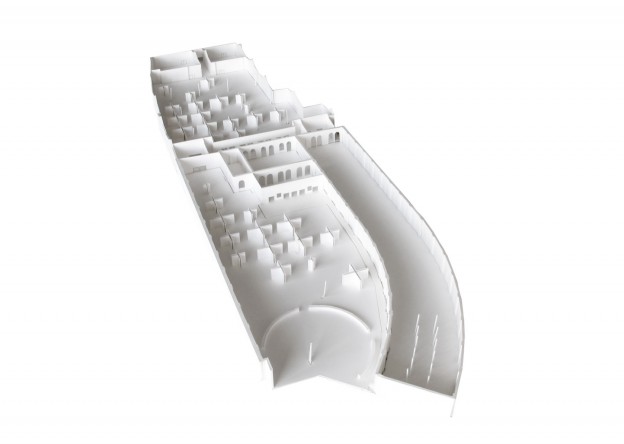 What is special and different as opposed to the old setup?
The set up from last years of Manuel Raeder gave the galleries maximum freedom; it was a kind of non-design, which was quite smart. I wanted to keep that flexibility but also create a new spatial experience.