The installation “Butterfly” (2013) has been created by French artist Laetitia Gendre for abc – art berlin contemporary.
The metallic structure and the drawings on canvas hung one after the other, form an ephemeral construction, while the drawings themselves represent views of constructed spaces identified as habitations – although this interpretation is sometimes cast into doubt. All the images originated in found photos, put online by amateurs in order to show the state of construction work. The spaces are shown as bare arrangements of walls, floors, and steps. Deprived of any furniture or objects, they appear to be quite inhospitable. 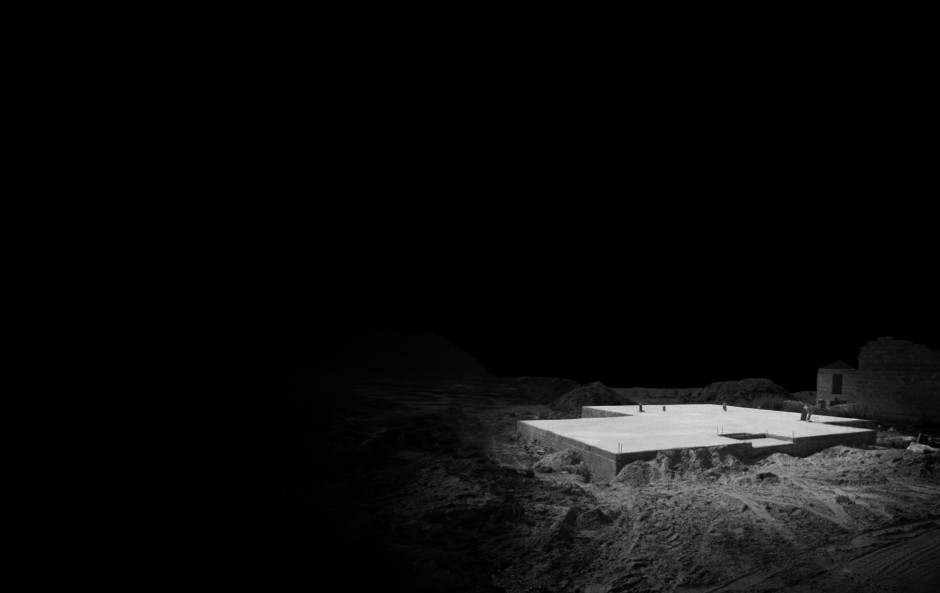 One can look inside this stratified space from the sides, from the front of the installation, and through the cut outs made in every drawing. The process is quite similar to that of 19th century paper theatres, but the inner logic of the placement of the planes – from foreground to background – is disturbed by the spatial incoherence and variable scale of the drawn representations.
Representation, space and – right on their borders – the notion of ‘décor’, have long been a matter of interest to Laetitia Gendre. Butterfly can be understood as a continuation of this long-term interest, while in addition forming part of a series of works that constitute an ongoing project. This project* aims to investigate the subject of home confinement with electronic monitoring, focussing in particular on issues of space, architecture and sociology. A fictional development will also be created in relation to a novel by Leo Perutz, that itself was the subject of an unrealised film adaptation by Murnau.
The word pavilion derives from the Latin papilio (butterfly) and originally described a light but sumptuous construction made out of sticks and fabric, erected near a battlefield. Pavilion was later used as the name for a temporary shelter set up in a garden or a park, or a larger building dedicated to a specific activity in a hospital, prison or exhibition complex. In French, the use of the word pavilion also relates to the cheap standard houses, which started to be built in large numbers during the 1960s. This use of the word evokes the modesty of its original meaning (light structure, small size) but also denotes a hint of flattery, lending the term an ironic dimension.