This year’s edition of abc was made possible by the support of it’s many sponsors. MINI, in particular, had an important role in the abc, both in terms of practicality and art. 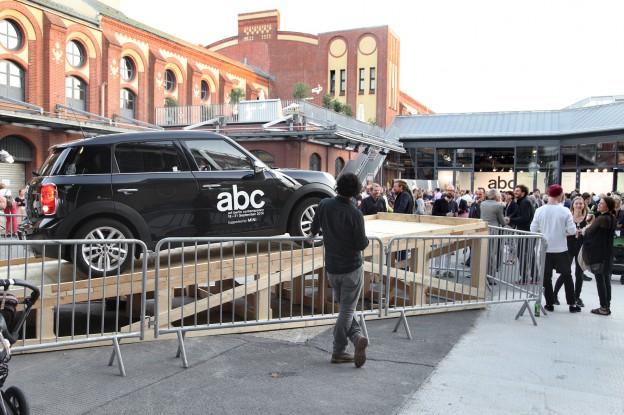 MINI supported the abc by supplying a shuttle service for VIP visitors of the abc, in turn playing an integral part in Christian Jankowski’s performance program. In addition to 16 neon sculptures from Jankowski’s 2013 Visitors series, which was installed in the courtyard, the artist conceived a new piece especially for abc’s performance programme. Titled MINI VIP, this intervention punctuated abc’s procedures with the destinations of VIPs publicised dramatically throughout the fair. For Jankowski’s piece, VIPs wishing to make use of the shuttle service would be driven over a ramp, atop which the driver of the shuttle would speak through a microphone a single sentence. The sentence was that which the VIP had first spoken the driver, posing a critical question on the interactions between those we encounter on a day-to-day basis. 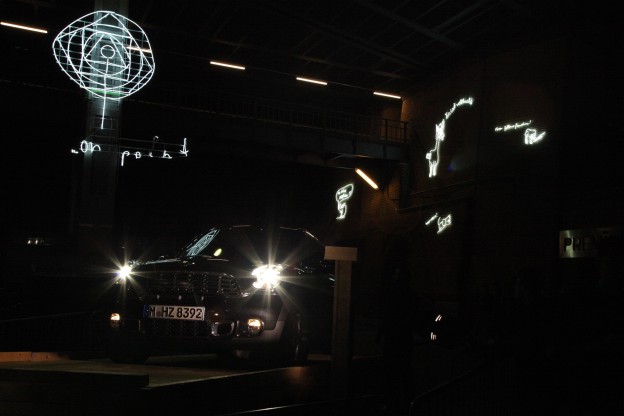