The American magazine New Yorker has named Ryan Trecartin “the most consequential artist to have emerged since the 1980s” – not often does one hear such bold and thorough praise. A promising critique that made us curious. 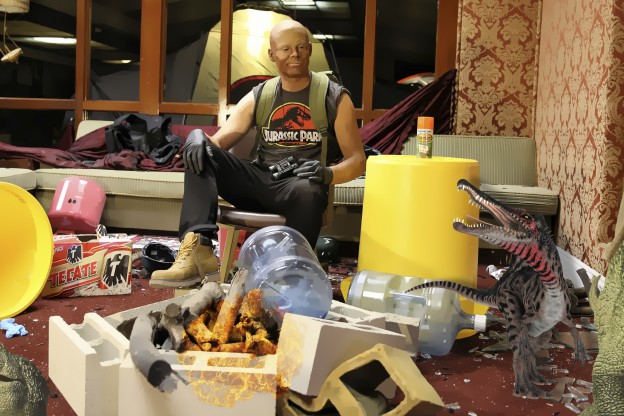 At this year’s abc art berlin contemporary, Berlin, Sprüth Magers presents Ryan Trecartin with his work “Animation Companion” featuring a selection of framed digital prints. The work is based on the installation “Site Visit” – a 30-channel sound installation, 6-screen film and site-specific installation Trecartin created in collaboration with Lizzie Fitch, which was shown at the KW at the beginning of the year and on the work “Priority Innfield”, which was shown at the Venice Biennale in 2013. 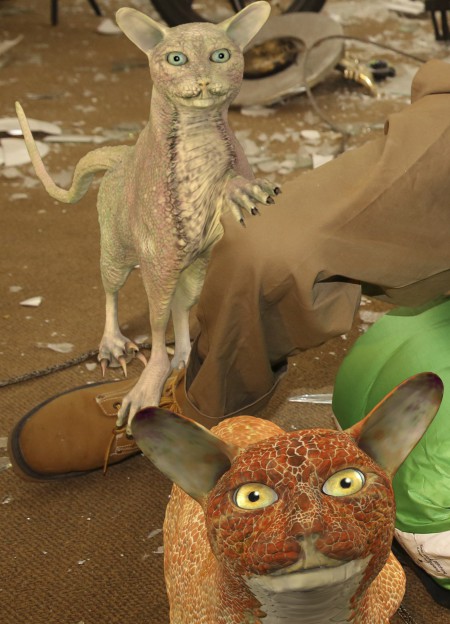 The characters of „Site Visit“ all seem to have fled from the movie world and reappeared in the sequence Animation Companion. The persons depicted in the prints are wearing leisure clothes and outdoor accessories. T-shirts with classic logos such as Jurassic Park or Coke. A first indication of something familiar if it wasn’t for the bonfire in the middle of the room, the dinosaurs, the gentle mutant pet cat or the obscure faces expressions of the persons, void of character or gender. The rooms’ chaos and devastation does not seem to bother the protagonists. The imagery in Animation Companion follows Trecartin’s films. There is no standstil – an overload of digital structures. Everything is colorful, flashy and overlapping.

Ryan Trecartin and his creative partner Lizzie Fitch, who also show a sculpture alongside the prints, create a new world in their work.. A place where everything appears replicable and changeable and where media makes use of people. It is about optical and acoustical manipulation. Knowledge and values have ceased to exist. The visual, acoustical and physical form a union. Profound cultural and societal changes are arising.

The works of Trecartin and Fitch are complex, deep and time-consuming. As observers we grasp for a clue, try to make sense of it, get pushed back and start all over again – only to return back to the beginning. 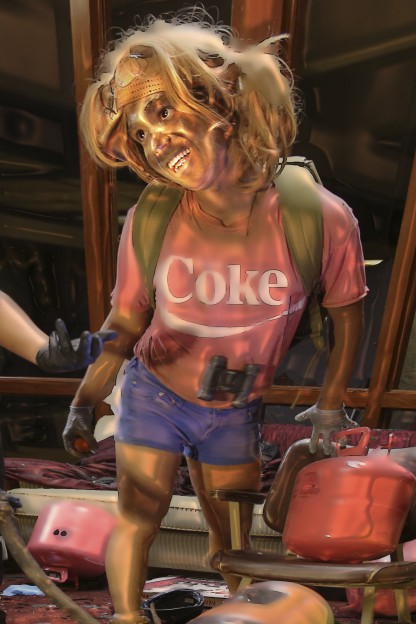