In the upcoming days, many galleries will start showing new exhibitions that will take place from now until August. Make sure to mark your calendar, while many gallery openings are taking place this weekend. 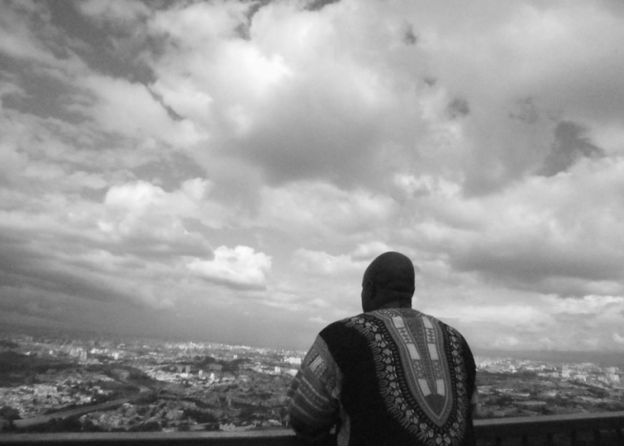 In 2010 My Lonely Days Are Gone brought together ten contemporary artists – Caroline Kryzecki, Carla Arocha & Stéphane Schraenen, Claudia Comte, Friederike Feldmann, Matt Mullican, Christine Streuli, Tatjana Doll, and Lily van der Stokker – to explore the potential of a given physical space by creating wall works that commented on the role of abstraction. The second part of this exhibition continues to explore the connection between edge-to-edge images and the ready-made architectural set-up of space. These site-specific works place an emphasis on abstraction; considering the efficacy and potential of the practice of abstraction and its complex relation between its autonomy and interdependence with references in the world. As part of the exhibition’s temporary nature, all of the paintings will be painted over once the exhibition ends.

Pornography is an increasingly pertinent subject for discussion, as this worldwide phenomenon has made an enormous impact on society – having effected change in sexual practice across society at large and greatly impacting contemporary relationships. As the distinction between erotic art and pornography has been long debated, western society has become increasingly liberal and the art world has been accustomed to pornographic material being use as a source for subject matter – raising the question of whether pornography can be classified as art. The exhibition brings together the artists: Armin Boehm, Birgit Brenner, Martin Eder, Amelie Grözinger, Philip Grözinger, Julia Holzberger, Lou Hoyer, Alex Lebus, Stu Mead, Andreas Mühe, Hanna Putz and Ulrike Theusner. The exhibition is diverse in medium and scale, from photography, drawing, painting, sound and collage.

This summer, Gallery Michael Müller will present two exhibitions by the German artist Michael Müller: Berührung which will be shown from July 4th until September 12th and Window Space: DIE WELT INTERESSIERT SICH NICHT FÜR DEN SINN on display from July 4th until September 19th. Müller – who is mostly known for his drawings – continuously broadens the methods of his artistic expression, combining works on paper with sculptural pieces in installation. His work often incorporates works by other artists, as Müller believes that art “is an ethical obligation in the social domain, for only after having read the observer, does its political character become evident”.

Iain Ball’s ongoing project Rare Earth Sculptures (Energy Pangea, since 2011) will be displayed at Future Gallery, which includes new developments and manifestations of various sculptural systems as they adapt their morphology to changing and chaotic environmental factors. TERBIUM, 2015 – Ball’s latest project – is in collaboration with Macedonian Psytrance producer Goch and the digital label Quantum Natives, using sculpture as a vessel to connect Goch’s renowned Forest Psytrance sound with Terbium metals via vibration resonance. During the opening, Goch will play live in the gallery, creating an intense and experimental symbiosis with the sculptural environ.

Chert’s summer exhibition will feature works by twenty artists who use ceramics and graphite in their practice. Accentuating the expressive physicality of the materials, the exhibition focuses on mark-making with solid gestures. Furthermore, it explores the kinetic immediacy of expression at the hand of a spiky pencil or malleable putty. In a digitalized and pixelated culture, ceramics and graphite stand as two humble materials that reckon the tacit labor involved in the crafting. These works adopt the language of their own production and the effort involved is evident in the workability of the medium: forming, deforming and reforming these two visceral, immediate materials. The artists featured are: Laura Aldridge, Felicia Atkinson, Peppi Bottrop, Lucy Coggle, Tommaso Corvi-Mora, Emilie Ding, Jérémie Gindre, Emma Hart, Hannah James, Klara Kayser, Marthe Krüger, Bevis Martin and Charlie Youle, Lucie Mičíková, Diogo Pimentão, Vanessa Safavi, Erik Steinbrecher, Ignacio Uriarte, J. Parker Valentine and Renata Ward.

In his video works, Paulo Nazareth addresses human tragedy and lucidly condenses action and thought, narratively outlining the various models of genocide that have disgraced the history of the Americas – specifically Brazil. His work enables our sense to perceive the solitude and excruciating violence of modern cities in a kind of protest that reverberates in the silence but echoes in our souls. It forces us to reflect on the logic of the appropriation of capital and moreover on an identity and culture that don’t belong to us. Nazareth also spans alarmingly inhuman statistics of murders of black, mixed race and indigenous people that have become routine in many countries in the Americas. The exhibition intends to have the viewers make contact with new perspectives, approaching the contemplative dimension in which Paulo has reconstituted in his oral and visual tradition.

Gallery Isabella Bortolozzi will continue its exhibition with Italian artist Aldo Mondino by showing the second part of Rules for Illusions. As a versatile artist, Mondino is known for his creativity – complemented by his broad education – that led him to constant experimentation and his ironic approach to artistic production. The show features his sculptures and paintings from the 1960’s to 2004, the year before he died.

Curated by Matthew Higgs and developed in collaboration with White Columns, New York, Gallery Tanya Leighton will present a series of drawing and paintings by Bill Lynch (1960-2013). The exhibition follows two recent and widely celebrated presentations of Lynch’s work, which were not widely known or exhibited during his lifetime. Reflected in his work, Lynch observed the everyday world around him – particularly the natural world – with an extraordinary degree of empathy. Lynch’s works shown at Tanya Leighton will include drawings of frogs and birds, observed from nature, in addition to a group of landscape an still-life paintings made on found wooden supports that Lunch would scavenge from the streets of lower Manhattan. The exhibition’s opening coincides with the gallery’s seven-year anniversary on Saturday July 4th from 6-9pm.

Mirjam Völker’s paintings – which portray huts as wooden relics that have lost their protective capability – not only lead the audience up a path to an optical illusion, but also show us the world behind the light – the world of shadows. In this world of multiple horizons and blurred angles, space is distorted while time exceeds its prescribed limits. Völker’s works are colored acrylic paintings and coal-drawings, with rigorous compositions that are complemented by abstract shapes, which are stacked in various perspectives. While the structures in the drawings are realistic, the staged lighting produces strong shadows and transparencies: reflecting a world that is in the final preparations against an unknown threat.

“April is the Cruelest Month”

Starting in mid-July, Galerija Gregor Podnar will present the exhibition April is the Curelest Month by polish artist Marzena Nowak. Nowak’s works are created from memory and imagination – residing somewhere in the tension between autobiographical reference points and poetically immersed dream worlds. Her sensitivity to everyday occurrences and the relation to her own physicality are also apparent in her works, which often represent the thematic departure points for her artistic practice.