As the days go by, so does the artistic program of abc. Performances and time and sound based artworks can thus be looked at in retrospect. At a fair that is focused on artistic practices and an in depth representation of solo positions, I was interested in finding out about those works that were specifically produced for the fair, those that are time based, site specific, spontaneous and ephemeral and those that are best experienced individually.


Paula Doepfner at Galerie Tanja Wagner, for instance, has installed a large-sized ice cube hanging off the ceiling. A handwritten piece – a neuroscientific note about the amygdala – is trapped in it, which can only be read once the ice has melted. Luckily I was there early enough to see the ice block in its initial stadium. Naturally, its shape has changed by now. The basin is filled with melted water and the text is laid bare. What is supposed to be read has changed to blurred lines though. It thus makes it impossible to comprehend even without the ice surrounding it. Her work is an attempt of underlining the complexity of inner processes and unconscious structures. 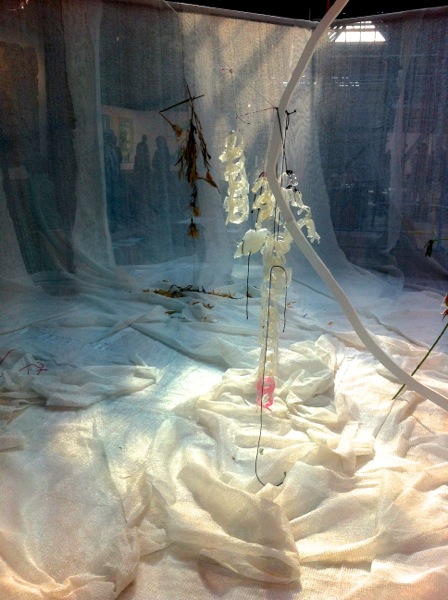 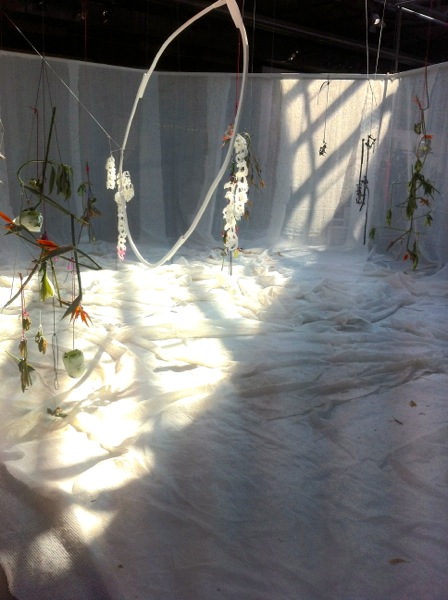 Another time based sculptural installation incorporating ice is shown at Mehdi Chouakri. Luca Trevisani’s work is changing over the course of the fair, which is dealing with transformation, fragility and transience. The airy and walk-in sculpture has some mobile resin structures, exotic flowers and ice formations artistically joined together, implying the idea of nature, its decay and ephemerality. The whole installation changes not only with time but also with the present light situation and the visitor’s movements within it. 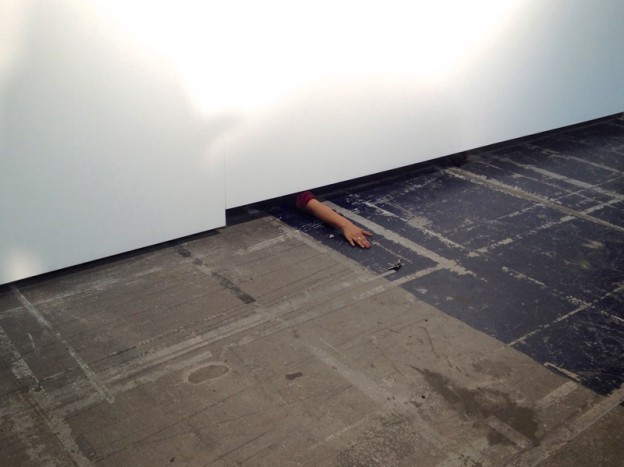 The Brazilian gallery A Gentil Carioca also gets on well without the traditional booth representation. Laura Lima’s work is comprised of a simple white wall and an open slit at the bottom. Through it a hand is nervously searching for keys, which are scattered some distance from her. In a sisyphean attempt to grab it, the hand is constantly scanning the floor. Every now and then visitors are kind enough to help out and hand the key back. Not willing to accept it, the key gets thrown back and the search starts from anew. 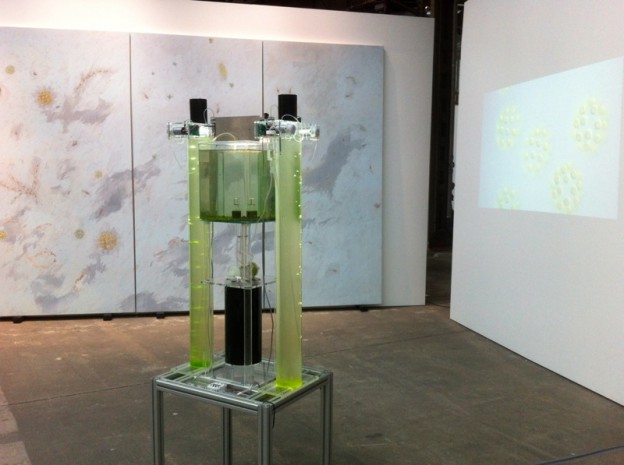 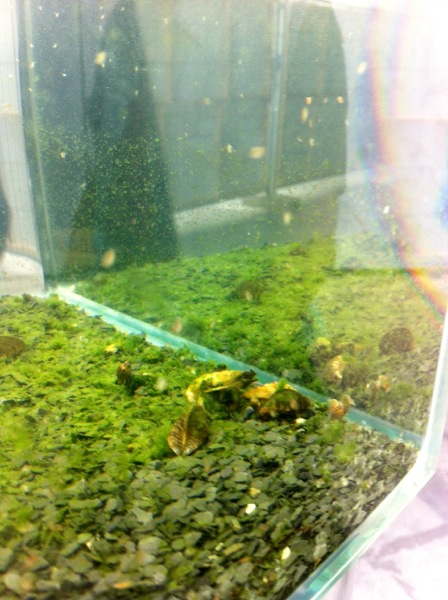 Kewenig’s Ivan Bazak has not only created a multi-media installation at the fair but a living sculpture. In a so-called “algae reactor” – two glass cylinders filled with water from a local lake as well as its inhabiting organisms – algae grow under ideal conditions and foster to crabs, water fleas and snails. The lively organism is constantly producing, consuming and destructing in the tank. The sculpture is changing and evolving with time and exists through the interrelation of the microorganisms in it. 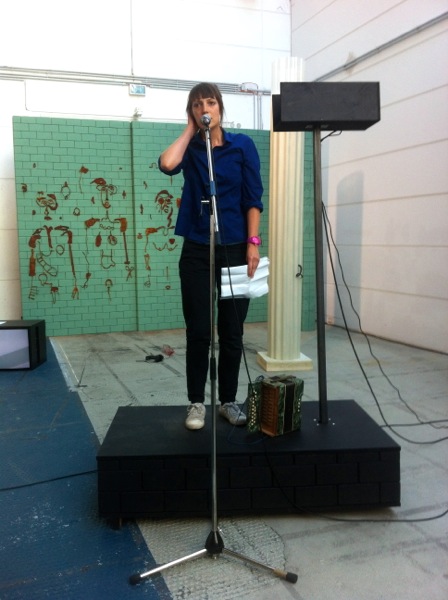 Kasia Fudakowski’s Pessimistinnen at Chert is another time and site specific work that caught my attention At the fair sculpture, video, sound and daily performances constitute the work which examines the path from philosophical pessimism to comedy through absurdity. The artist reflects on a scale of pessimism within her objects, which culminates daily in performances by the artist. On a stage Fudakowski follows through the pessimistic standpoint until she reaches the level of absolute absurdity. In her speech she is reflecting on world issues that are accompanied with clichéd entertainment tricks.

Tony Oursler’s multimedia installation at Avlskarl Gallery gets one’s attention through its mysterious light and sound situation. With a simple light bulb hanging from the ceiling of a white booth, the beams of light are controlled by a spoken text, which emanates from two speakers. A deep and monotonous voice is narrating on light; an examination of light in every daily life. Sound and light thus intermingle within the walls of the cubicle, creating an uncanny atmosphere that should best be experienced individually.

All in all, I really appreciated the loosening up of the usual walkabout at a fair and enjoyed the performative and spontaneous atmosphere. In a way one could never be quite sure what to expect and constantly wonder what belongs to the artistic program and what not. The day at the art fair can easily be filled with a lot of diverse and interesting encounters with various art forms that also touch on political, social and ironic topics. abc’s attempt of being more than the conventional art fair seems to succeed.