Having reflected on certain works both from within the steady blur of the opening day and with a little more clarity and focus yesterday, it seems necessary to assume another position, somewhere up and away from or aside from the works. It might be rewarding (might be) to write with a view to saying something that could hold at once the results of an attempt to look properly at individual works, what it is that such a mode of looking might actually be offering and also to consider things from a wider angle that could encompass and locate the problems that arise with such an attempt that are specific to abc’s format. 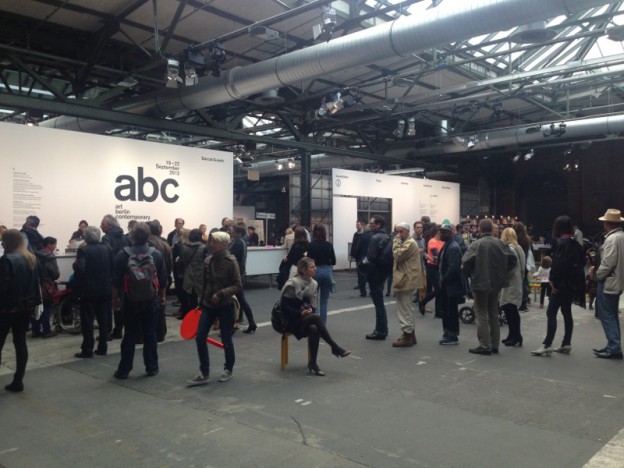 It is not exactly naïve to attempt to spend meaningful time with the works in any particular art fair, but it seems fair to describe it as hopeful at best. After all, in truth, it is never really what is being asked of you. What is seen in a fair is pretty much a display of signs that point to an artist’s work as it exists somewhere other than where you are currently standing. But everyone knows this and it is not really a problem: it serves a function for those who need it.

However, as it is repeatedly described and fairly so, abc is a little bit different. Not a whole lot but enough to affect the mode of looking at work whilst you are there. There are a few factors that lead to this: the scale of the venue, the single artist format, the lack of observable VIP distinctions, the absence of repetitive walls; and at the risk of repeating what is apparently obvious, there is a definite sense of collective attention as a result of this intimacy. 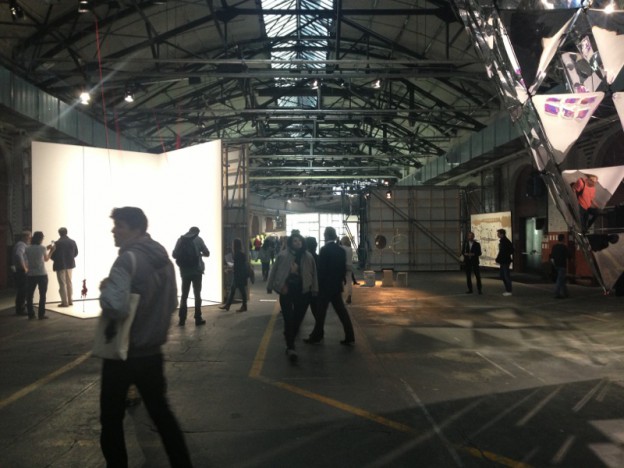 Usually one allows for and anticipates a feeling of being overwhelmed by art fairs and understands that there will always be too much and that it cannot be mastered in its entirety. As a part of Berlin Art Week (which also feels at a manageable and approachable scale), abc stands as a pivotal destination in itself and due to its welcomingly restrained and muted character it also seems to reflect back out towards everything going on elsewhere.

There is a palpable mood among the paying visitors to abc that describes a willingness to (attempt to) look properly and spend time. There is nothing like the frenetic energy of a fair like Frieze, that always appears to include a percentage of visitors who are seeking to be outraged and disappointed by an already known quantity. Equally, as I have mentioned before, the galleries’ presentations are not out to shock or grab headlines or to out-do whatever is nearby. 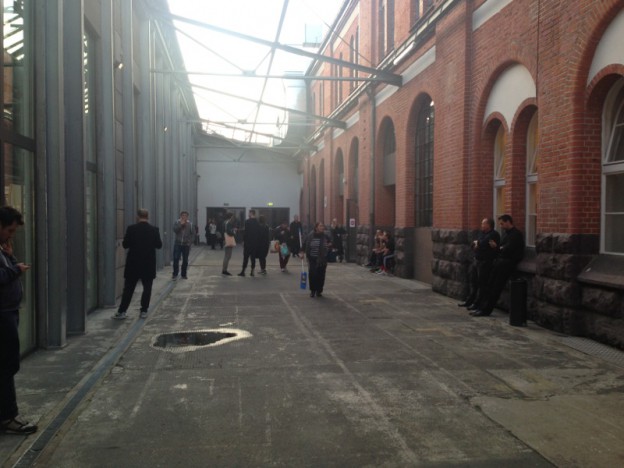 But still, despite all of these things, attempts to look properly and engage with the work remain complicated and the conditions for that looking remain far from ideal. Perhaps noting what has been noted before and re-realising what has already been realised about both the obvious and subtle differences between seeing art at a fair and seeing it in a gallery or museum is enough.

One of the obviously unique aspects of fairs is the chance to see a huge and varied description of what currently exists in the artworld. Fairs provide the chance to see work from international galleries and artists in a single venue. There are pros and cons, gains and losses. 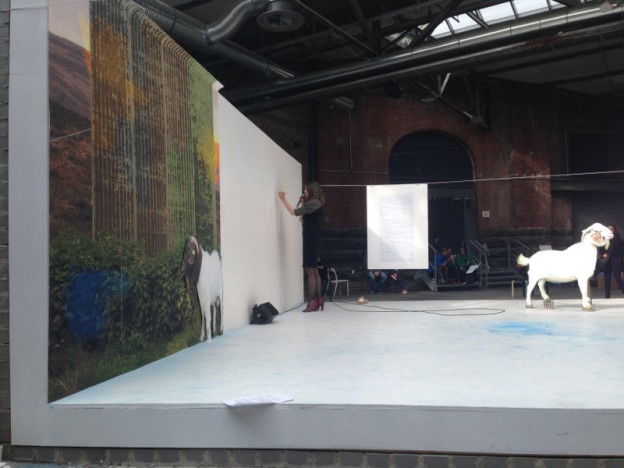 The series of talks and performances at abc are varied and broad whilst being selective and comprising a program that is far from exhausting. The pacing of the Upcoming Exhibitions section, a project initiated by Shanaynay, Paris, is in tune with the pace of abc and the delicate site-specific sound installation by Pae White, CNVIVIAL, that signals the beginning of each event, occurs only every hour or so, a handful of times each day. MISS READ: The Berlin Art Book Fair, hosted this year at abc, is a complete and substantial element that feels convincingly connected to the fair as opposed to being either dependent or independent and again illustrates concerns beyond the fair. 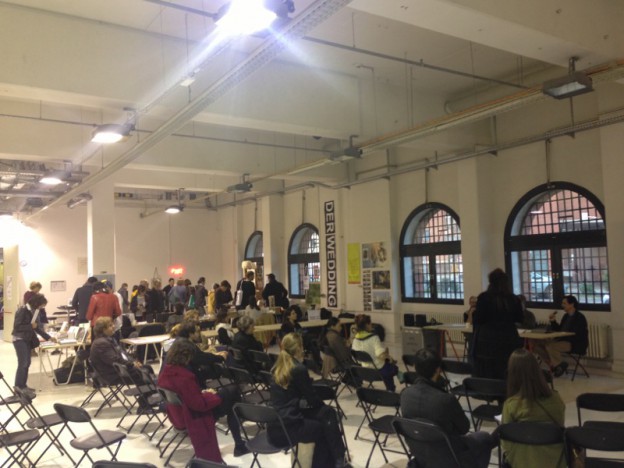 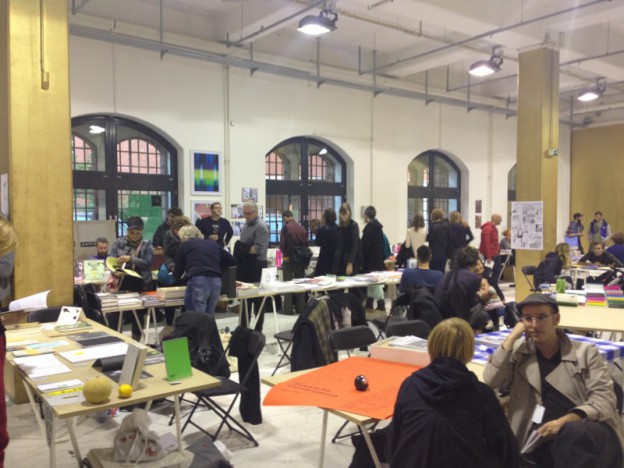 Though always problematic, the work that registers most vividly from visiting fairs is often that which is in the same key or volume as the fair as a whole – loud works at loud fairs and quiet works at quieter fairs. Looking properly feels more possible at abc than at other fairs and although they still inevitably share the same deferential position to other experiences of art as all art fair works do, the projects at abc do allow a value to be placed on a form of looking that is not quite in one camp or the other. abc has managed to convincingly position itself between recognisable formats where the works of the artists are never fully handed over to the service of others and quietly persist as the main event.