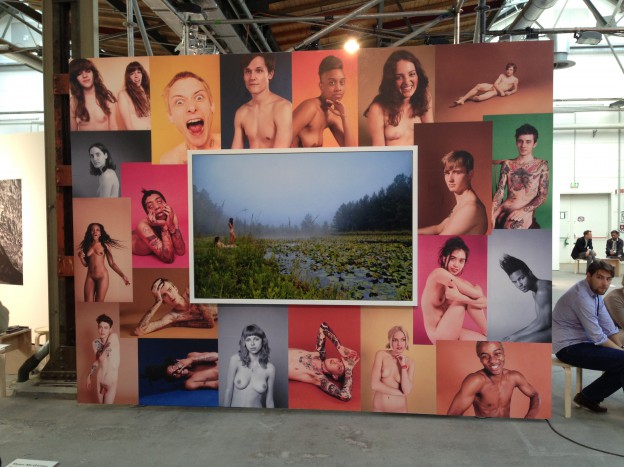 A common and often helpful metaphor for the consumption of the majority of art fairs or film festivals is that of the opposing positions of the bulimic and the anorexic. In the face of the desire to see everything, a decision must be made: frantically consume everything and anything, only to forego holding onto any of it later, or pick and choose and peck around the edges, only to be left feeling pretty hungry and as if something was missed. Often there seems to be no third way, with the characteristic experiences of such events being those of disorientation, a particular form of dizziness and by the end of it a sense that as a whole, it all remains fairly illegible.

At least on the surface, abc seems like it might be able to offer something a lot less frantic and more digestible. Everything appears at once low key and finely tuned. There is a distinct look throughout the venue – scaffolding, birch – that is never overwhelmed by the work being shown; an atmosphere seems to have been established that pronounces and maintains a certain steadiness and sense of rhythm that is wholly welcoming. On an initial walk around, and in view of the distinctive format of abc (each gallery presenting the work of a single artist), this feels like a fully designed and considered menu as opposed to the standard, all-you-can-eat nausea one might be used to.

There is no clamour and no fireworks for the opening day. The press conference is concise and understated and even as the day winds along more and more people enter but it never threatens to become claustrophobic. All too often one is taken in by the rhythm of a crowd, here though, nothing is rushed and none of the galleries feel the need to shout for anyone’s attention. With such a sense of calm, walking around the three main halls (named, of course, a, b and c) proves to be peaceful enough, allowing time (or at least a sense of enough time) to look. 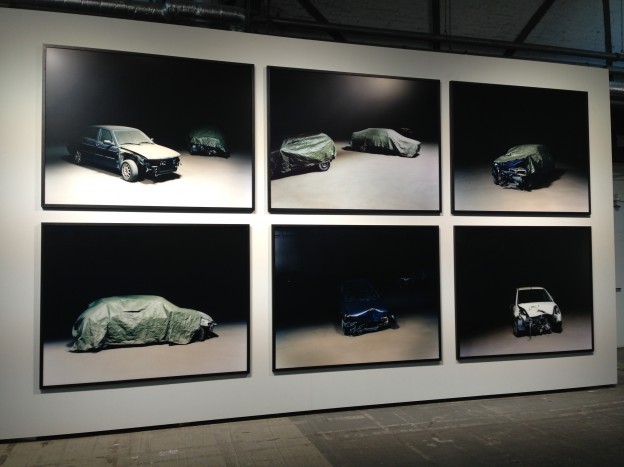 So a certain tone or tempo or pace has been set, and without feeling the need to navigate the work too ruthlessly, and given the manageable size of the venue, certain works chime with that tone and manage to get and hold your attention without ever shouting. Perhaps for this reason works like Ryan McGinley’s photographic installation feel pitched at slightly the wrong volume. A long wall from Galerie Neu devoted to Ull Hohn’s paintings neighbouring a simple yet compelling series of photographs by Ricarda Roggan feel much more in touch with the general, calm tone.

And so, after not too long a time, I had actually seen everything, and furthermore felt as if I had actually spent some time with work that had drawn me in. For example, it felt like Kasia Fudakowski’s work with Chert rewarded some close attention; at first her works offer something like a proposition or at the very least a simple, recognisable statement, but after a point the rug is pulled and you are left with a deadpan punch-line that nonetheless proves a lot more satisfying than a simple trick. This sleight of hand is located in the material decisions – such as in Basic forms of Irony, with its gleefully overstated depiction of something-a-bit-like historical remains in air-dry clay displayed on a polystyrene wall – and in the titles of all the four works shown here, which serve to undermine and destabilise first impressions. Fudakowski’s performance in the evening also rang true as an extension and distortion of the latent humour in her work, with laboured about-turns and gimmicks intentionally falling flat, she managed to interrupt expectations of the comic as a means to still earn some genuine laughs.

However, by evening it became clear that despite the feeling of ease encouraged by the setup, I had not managed to fully hold on to that much of what I had seen; I had been lulled into a state of quietness that at times drifted towards being disconnected, as if tricked by the quietness into not paying full enough attention. Or perhaps it is the case that even at abc one cannot fully relax. I am left with a nagging feeling that I really missed something and that there is much that remains overlooked. 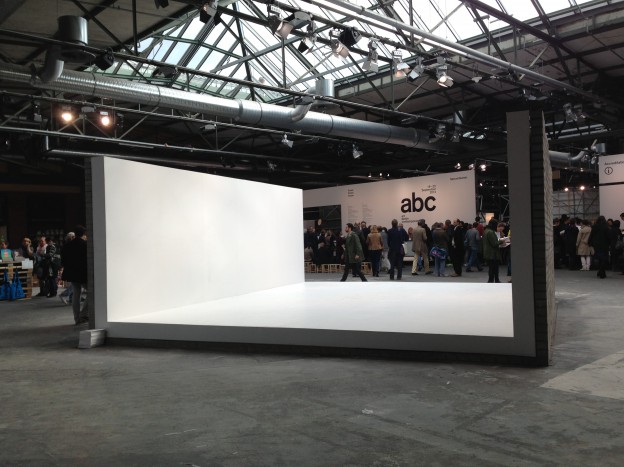 New for this year’s edition, the Upcoming Exhibitions section of abc takes place at two-hour intervals throughout the four days of the fair and stages the ‘openings’ of various projects. It is centred on a construction that is half white cube (literally) and half stage set which serves as a potent and striking first sight on entering the station building. And as its real strength may well lay in the structure’s latent theatricality, with the actual use of the space aside, the construction stands as an appropriately neat and minimal image of what might yet be seen. 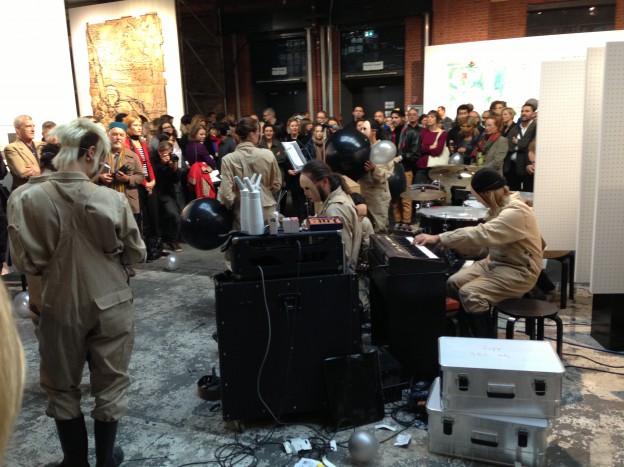 With thoughts on what remains latent within the work at the fair, Thomas Zipp’s performance – with its whirring organs and guitars, its masks and drums, and its motorcycle and rubber balloons – may well stand as the most compelling spectacle of the day as it managed to fully reassert the present and disturb whatever languor that may have developed throughout the day.
And so tomorrow seems set as a day for really spending time with the work, for locating detail and nuance and for truly making use of abc’s particular atmosphere. So, things will still take time, but perhaps for slightly different reasons. 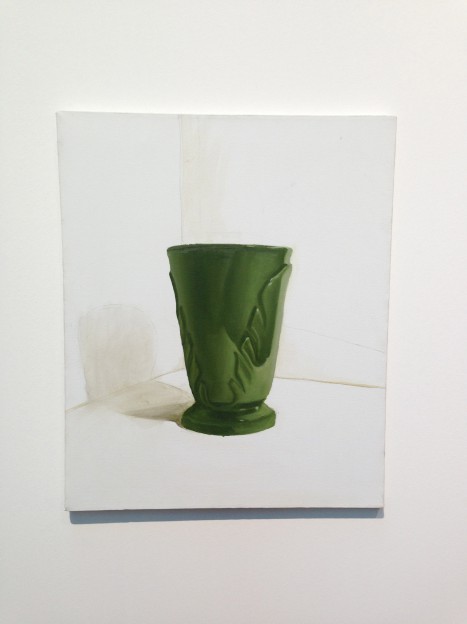