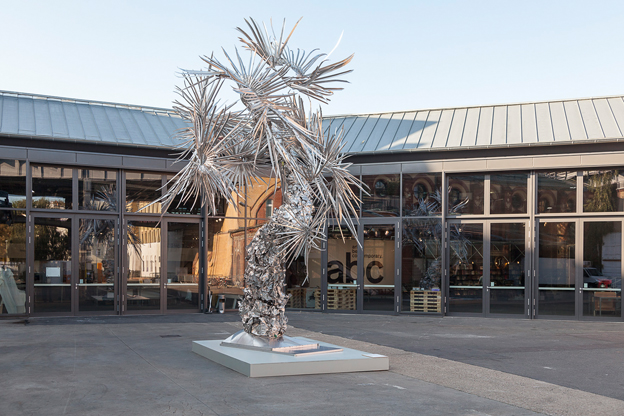 The fifth edition of abc came to an end with around 24,000 art-goers—more than in previous years—visited the halls at Gleisdreieck September 13-16th 2012. 129 galleries from 18 countries participated. Out of those, 67 were from Berlin, 11 from other German cities and 51 from abroad: Antwerp, Beijing, Brussels, Catania, Cape Town, Copenhagen, Dubai, Glasgow, Helsinki, Hong Kong, Innsbruck, Istanbul, Jeddah, London, Milan, Malmo, Naples, New York, Paris, Prague, Rome, Seoul, Vienna and Zurich. A total of 148 positions were presented. The program was also expanded to include Miss Read, the book fair for artist’s books, as well as Artists Space, NY, who presented a bazaar, interventions and talks.

Numerous curators, artists, collectors and art-enthusiasts from around the world visited throughout the four-day event. The specially developed display-system architecture, through its transparency and variable structure, allowed for an opportune setting for presenting the artworks. Many of the participating galleries and artists subsequently responded with their works and it contributed to their success. The architectural concept, based on re-usable structures, has been taken down and used in another way.