Berlin based Korean artist Sunah Choi (*1968) already wowed us in the 2010 edition of abc art berlin contemporary with her slides of dangling ropes in various positions, well lit and thus of almost sculptural quality.

Last year, she did it again: She convinced us with her work at Kunstverein Harburger Bahnhof, where she installed a curtain hanging from the fantastic eight meter high wooden ceiling of the former first class waiting hall in the train station, where the Kunstverein is located. The curtain opened and closed slowly in a circular shape, translating the sounds of passing freight trains during the Kunstverein’s opening hours into a beautiful, elegant motion.
This work, among many others, demonstrates one of her major qualities as an artist: Sunah Choi is a great translator. She will take any measurement of herself, her surrounding or the specific site of the artwork and translate it, transform it, code or decode it and turn it into something beautiful. The results are of a sleek, conceptual, graphic exquisiteness. Yet the greatest beauty lies in the refined act of translation itself. 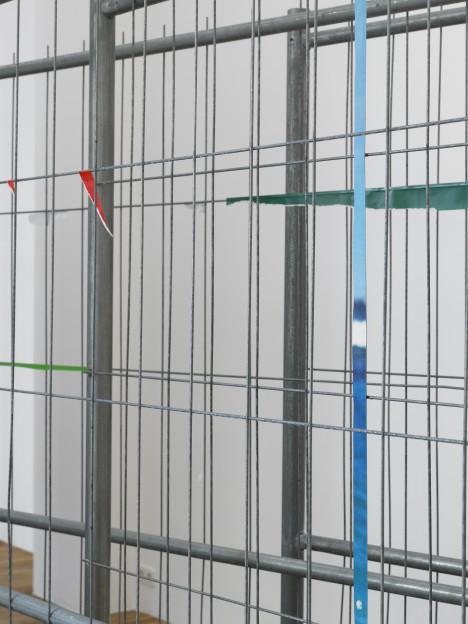 We are excited to see what she will have thought of for this year’s abc art berlin contemporary, where she will be presented by Galerie Cinzia Friedländer.
Odds are that she will enchant us again. But let’s see. The pressure is on.