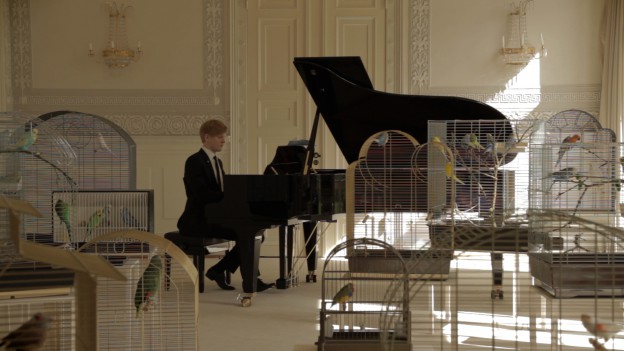 Conceptual yet unpretentious, clear yet fun: Annika Kahrs and Kasia Fudakowski are among our favorite contributors to abc. By the way, we’re delighted to see how many young promising female artists are participating this year! But back to our favorites:

Annika Kahrs’ works address the impact of irritations on the perception of situations. Some might have experienced her performance piece in KW’s show “One on One” lately. It consisted of two piano players pausing their play as soon as you entered the room. At abc, Produzentengalerie presents Kahrs’ video Playing to the Birds, 2013 – a video on the construction of communication and perception. It documents a pianist playing Franz Liszt’s Legende # 1, a solo piece full of twitter-like trills. It is based on the legend of St. Francis of Assisi preaching to and being understood by birds. Now, the pianist’s audience consists of cage birds. The viewer thus observes birds listing to a piano play, based on the »translation« of their communication into a score. Captive in a highly artificial environment exposed to unnatural communication, they have nothing in common with the wild protagonists the saint patron of animals communicated with. 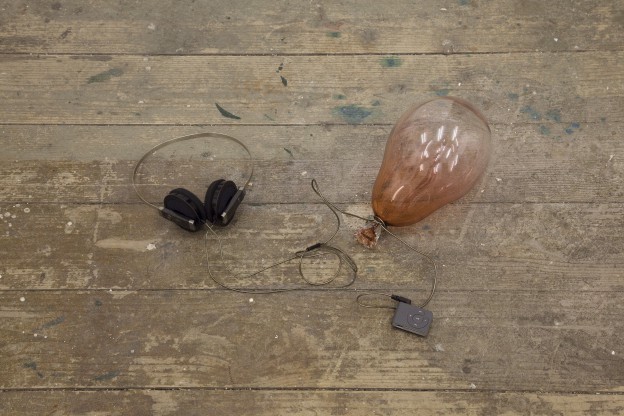 Kasia Fudakowski is a story-teller, too. She has this amazing sense for the absurd in real life. She often creates delicate, odd, amorphous objects, often combines steel with diverse materials such as clay and fabric. In one way or the other, her sculptures always refer to something identifiable – no matter how abstract they are. Fudakowskis objects populate the exhibition space like the protagonists of sketches. Some are kinetic, some can be props for performances, too. But then, one single, static sculpture can be as strong as to re-write the context of its surrounding. Fudakowski creates the most unlikely links between objects – and it works: she brings out the absurd in what we thought we were familiar with. We can’t wait to get her intriguing glass balloon sound piece at hand and see Fudakowski perform – every day!

What’s the link between Kahrs’ cage birds and Fudakowski’s glass balloons, you’re asking yourself? Both will surely fly high at this year’s abc.