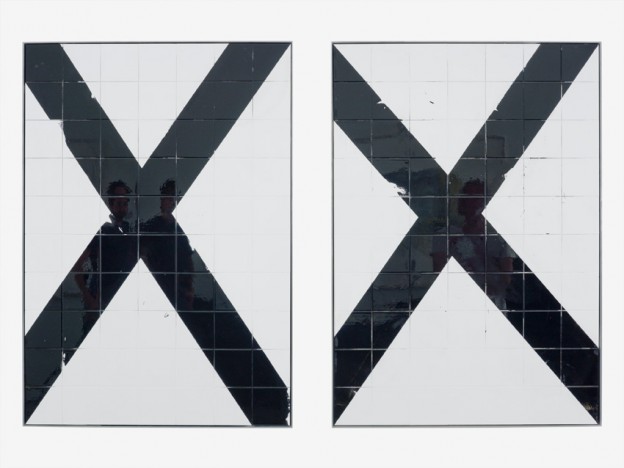 When you speak, write, or type a sentence, what are you saying? Michael Müller would argue much more than the words’ manifest definitions.

Taking cues from post-strcuturalist literary and liguistic theories, Müller produces paintings and large scale wall installations that investigate the relationship between language and identity. Yes or No, No or Yes, or No and No, 2011, is a ten part work, four panels of which are exhibited at ABC, consisting of portrait-style canvases composed of tile with bold, black ‘X’s painted slightly off center. Müller will also open an exhibition at Galerie Thomas Schulte on September 9th. (sugarhigh)