There is no myth that has been so closely tied to Berlin than that of the city being unfinished and unconventional; undergoing constant change. The same could also certainly apply to its art scene, as it tries to find its place in the global art circus. And, it could be attributed to this year’s abc, where a lot was left in the open – and turned out really well this way. 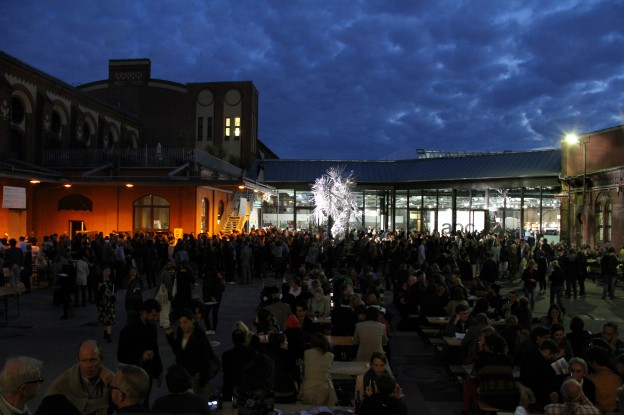 The lack of any general subject or curatorial concept meant that each gallery had was able to decide independently what works they wished to present. While this could have become quite a mess it somehow worked out, as most galleries chose to just show one of their artists.
Somewhat oscillating between exhibition and fair, this year abc spread itself over three halls, making it much more airy and clearly arranged than last year. Manuel Reader’s much lauded exhibition design abandoned the rigid white booths and walls, providing more free space and scaffold-like modules; once again referring to Berlin as a historical and architectural construction site, both figuratively and literally.

In the vast area of 6000 square metres, we saw an eclectic mix of paintings, installations and photographic work, punched the “Workout Computer“ by design collective BLESS, examined Norbert Bisky’s bright-coloured paintings and smirked about Isabelle Le Minh’s ironic comments on the artist figure.

But as the 148 artistic positions displayed might still feel a bit of an input overkill, the team of RADIUS. magazine sat down and thought about which pieces we would most like to take home and to put in our own imaginary art room. Here’s our six favourites – one for each wall, one to hang from the ceiling, one to stand on the ground.

Slavs and Tartars, PrayWay (Kraupa-Tuskany, Berlin)
The multi-disciplinary works of the Art Collective Slavs and Tatars, who define themselves as “a faction of polemics and intimacies devoted to an area east of the former Berlin Wall and west of the Great Wall of China” reflect upon intercultural relations and the so-called Eastern world. PrayWay, which was part of the New Museum’s triennial, is part installation, part sculpture, part seating area, and was highly frequented at abc. 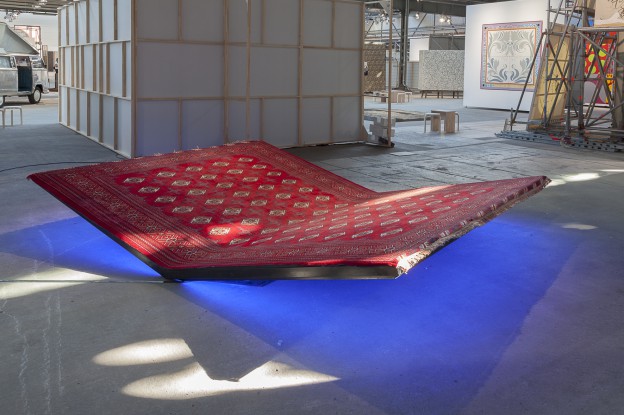 Eduardo T. Basualdo, No here, no there (PSM gallery, Berlin) 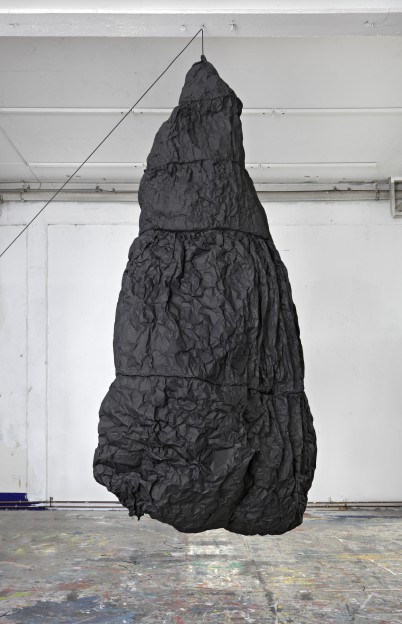 Argentinian artist Eduardo Basualdo has a thing for the irrational and mysterious. His objects all have a certain bizarre twist – a knife with a split blade, a glass of water on the edge of a plinth, shaking and about to fall. Our favourite was the big black cocoon hanging in the air and slightly turning, as if jogged by an invisible hand.

Dan Rees, Vacuum Painting (Tanya Leighton Gallery, Berlin)
“Keep your art soft and sweet. You might have to eat it.” Inscribed in white letters on a bright blue cake, the words from this 2005 piece encapsulate the spirit behind much of Dan Rees’s young, yet prolific, production. The question raised by his new vacuum paintings seems to be for whom we ultimately conserve our contemporary culture. 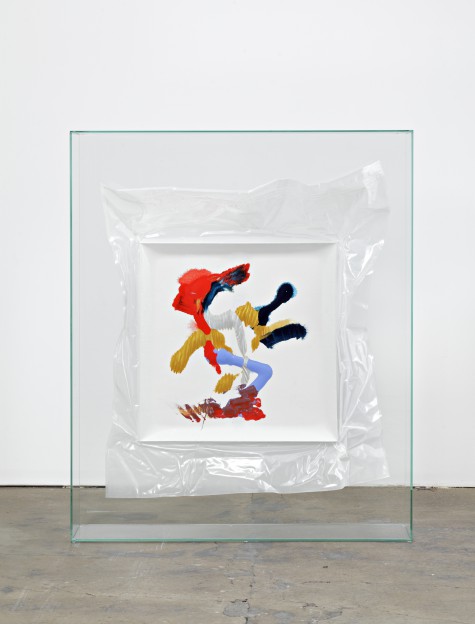 Florian Meisenberg, „from the series: reconstructing Alzheim“
New York-based artist Florian Meisenberg seems to be quickly identified as a painter who is fully conscious of the specific conditions of his medium. His playful, naive motifs bring the digital equivalent of the paintbrush to the canvas, displaying art in the ‚artificiality‘ that comes with our age. 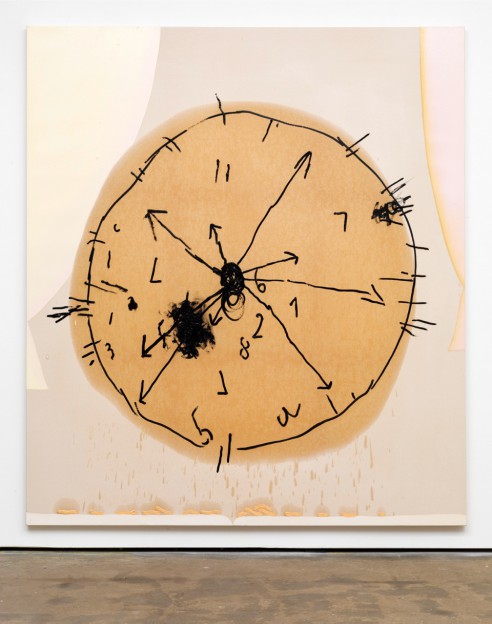 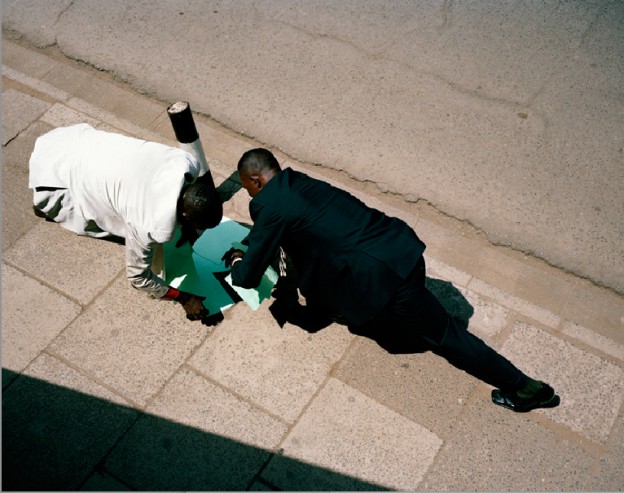 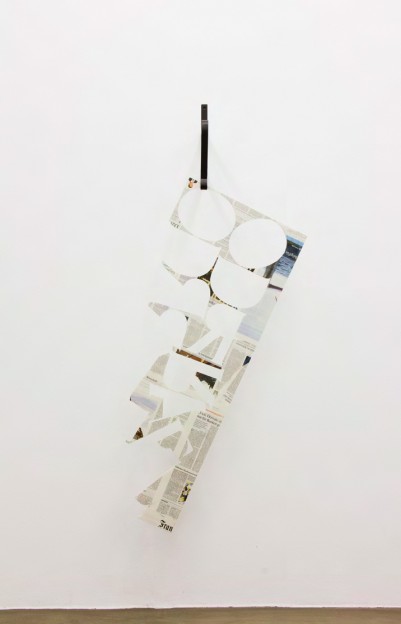 Hugh Scott-Douglas and Ben Schumacher, hailing from England and Canada respectively, collectively produce work which attempts to actively question our relationship with media. This piece seeks to play with our cultural and collective memory driven by the omnipresence of typography in advertising and neon signs in our urban environment. The unusual shape and missing parts serves to destroy the format of the newspaper, de-familiarising it as a medium.