Berlin’s weather has provided abc with the perfect conditions to long for a dry place for spending one’s day with art. Day two is again loaded with an overabundant artistic program; nevertheless I decided to dive into the international representations of the fair. Being it galleries, artists or publishers, I went for a hunt to find some exciting positions outside the European context, wanting to know their expectations of abc. 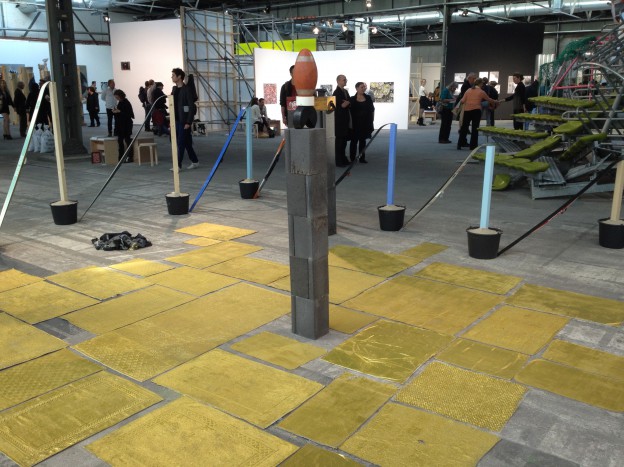 My first encounter was with Qi Li, one of the editors of LEAP, a bimonthly Chinese-English publication that covers Chinese contemporary art as well as stories from the global art world. It is their first time of representing the magazine in Berlin, Qi Li tells me, as they have been concentrating their visibility mostly on fairs like Frieze, Art Basel and those in Asia so far. This year, however, their endeavor of getting recognized in Berlin starts with abc, where they hope to get some feedback from the diverse and local art crowd. “Abc is in a way different to Frieze, for instance, because of its focus on local galleries. In London or Hong Kong people know about Chinese art, but here the visitors rather come to see what is happening in Germany.” Nevertheless, LEAP is getting attraction and publicity that might lead to sustainability in Germany, as Qi Li hopes. Another goal is to connect the Chinese readership with what is happening in Berlin and expand the focus on reporting on the international art world. So in a way Qi Li is also on a mission to bring some of Berlin’s artistic spirit to China. 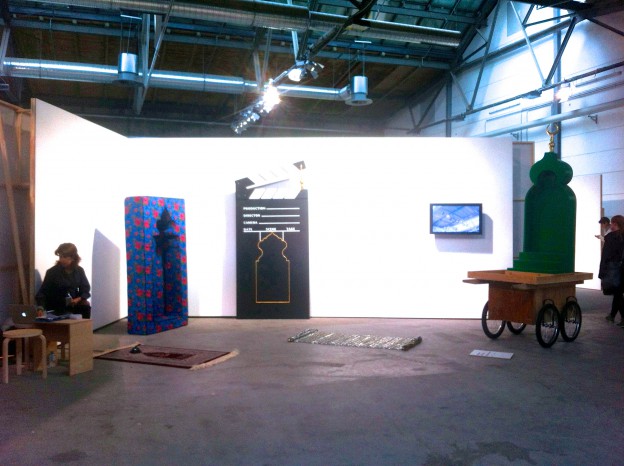 With the Saudi Arabian Athr Gallery I had another refreshing encounter. Their represented artist is Musead Al-Hui, who has been very active in supporting the arts movement in Saudi Arabia. Typical for his art practice, the show at abc thus also touches on the social importance of art. He questions the moral corruption and ideological distortions within social infrastructures and tackles the status quo of accepted realities within the Saudi Arabian culture. What we get to see is, for instance, a prayer rug. Where the believer is supposed to rest his head, however, Musead Al-Hui puts a surveillance camera that is live streaming its onlookers. He points out that what is usually the sanctity of meditation is being violated in the name of security. In my view this is another enthralling position of an activist artist. What is more, the gallery chose to show him not for its economical reasons but for giving attention to Musead Al-Hui and the social issues he is addressing. Zeina Haddad tells me that the reason to come to abc for a second time now was not because of making a big sell but because the response to last year’s exhibition was striking. Their incentives in exhibiting at abc again are thus of sustainability and awareness too. 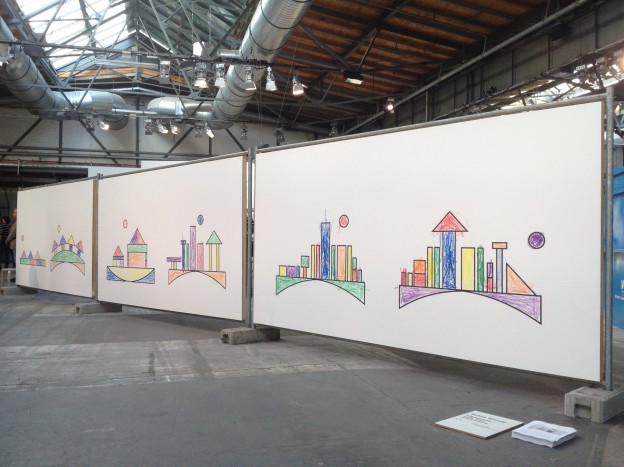 Another international gallery that caught my eye was Robin Rhode’s Paries Pictus at Stevenson. In private performances the artist directs children to use oversized crayons to colour in geometric graphics, turning the canvas into a life-size colouring book. These minimalistic, light-hearted and funny canvases are thus what make up the South African booth. Joost Bosland tells me about his thought on abc: “Calling it ‚a fair‘ is perhaps a bit misleading. It is really a gallery-driven exhibition project. That might sound like semantics, but the costs are perhaps 10 percent of those of a conventional fair, and the atmosphere is much more experimental.“ 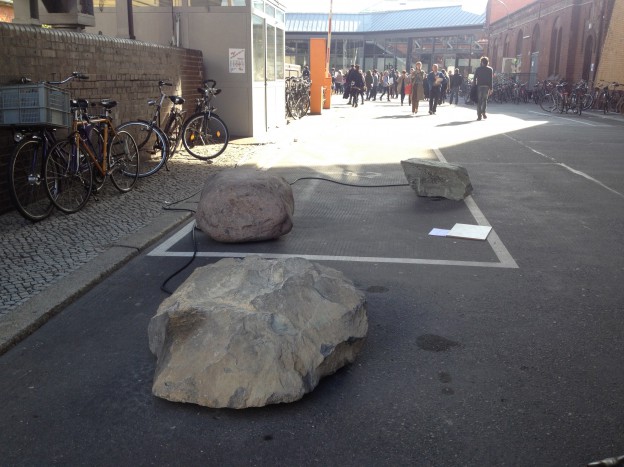 Also Robbie Fitzpatrick from Freedman Fitzpatrick is happy with abc’s open and generous exhibition design. Hannah Weinberger’s acoustic stones that are scattered at the fair’s entrance as well as inside and would not have worked within white walled booths. Here they can live up to their full potential as sound sculptures.

All in all, I got the overall impression of satisfaction and hope. Also Marcela Caruso from the Brazilian gallery Mendes Wood said that they were excited to show Adriano Costa in Berlin as they think his art will easily be appreciated here. The chance to create his installation on site and thus visibility seem to be the main incentives to come to abc. It can be said that abc’s format is regarded as innovative and powerful by gallerists from abroad and they appreciate this concept of an art fair that might even add something to the art culture at large.