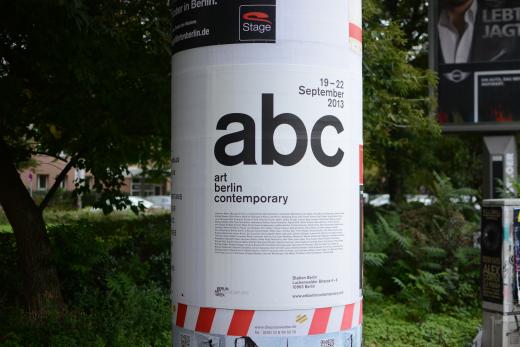 In the sixth edition of abc art berlin contemporary, first-time director Maike Cruse presents over 130 galleries and 18 countries, with the three-day-long fair pushing each gallery and institution to demonstrate their abilities as producers for artists. With many pieces made specially for the fair, abc features work from artists including Julieta Aranda, Nina Beier, Adriano Costa, Maria EIchhorn, Mark Flood, Kasia Fudakowski, Laetitia Gendre, Ryan McGinley, Jerszy Seymour, and more. Supplementing the pieces displayed, some artists have elected to introduce time-based or performative aspects to their work, as well as lectures, artist talks, and discussions—for example, Nasan Tur will be giving an artist talk on contemporary urban landscapes on 20.09 at 13h at Station Berlin. Other artists with performative, time-based, or otherwise animate elements to their projects include Alexandra Bachzetsis, Kasia Fudakowski, and Thomas Zipp.

Here are a few of the projects we are looking forward to! 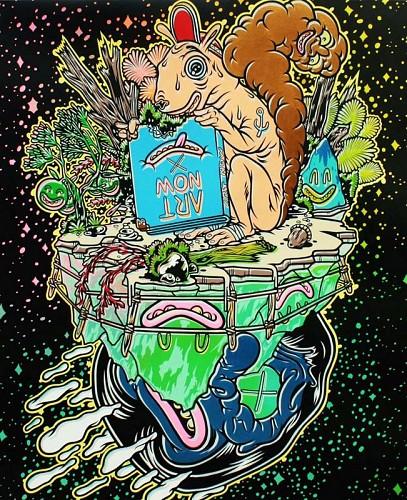 Uji Handoko
Uji Handoko, also known as Hahan, is an Indonesian artist producing colorful critiques of capitalism through various visual media. His work is almost as gruesome as it is cutesy—built upon traditional punk visual tropes and imagery, Hahan offers a fresh and witty commentary on consumption and production through his bright, almost cartoony aesthetic. 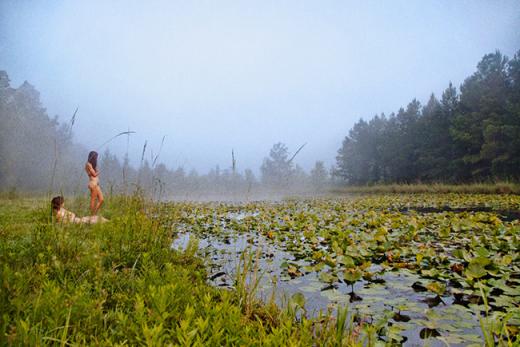 Ryan McGinley
At 35 years old, it would seem that Ryan McGinley’s youth has faded*. Yet, his photographs are surprisingly “young at heart”. Heavy with hedonism and endless freedom, his images captures the lively wonder every wistful 20-something year old dreams about. Featured everywhere from the New York Times to a Sigur Rós album cover, McGinley also claims the title of youngest artist to have a solo show at the Whitney Museum of American Art in New York.
NOTE OF THE EDITOR: Nathan, writing this is 19 years old. I will let it pass. 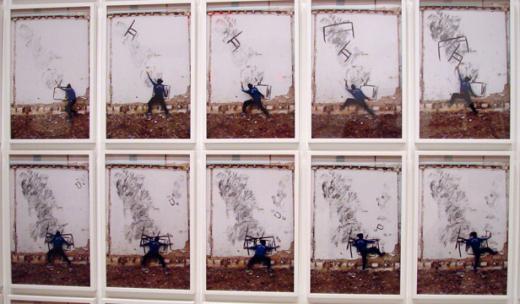 Robin Rhode
Born in South Africa and based in Berlin, Robin Rhode bases his work off of the street art he grew up with living in Johannesburg. Rhode’s work is staged in public, creating 3-dimensional storyboards against the backdrop of public buildings, walls, and structures. His photographs and animations construct narratives rooted in hip-hop and urban lifestyles, and employing equal parts humor, politics, and imagination. 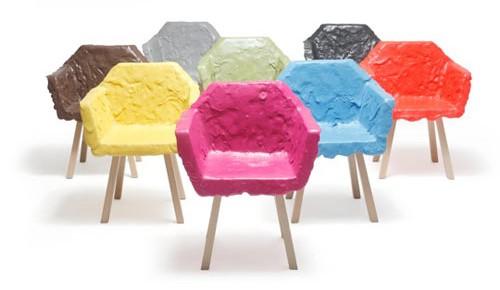 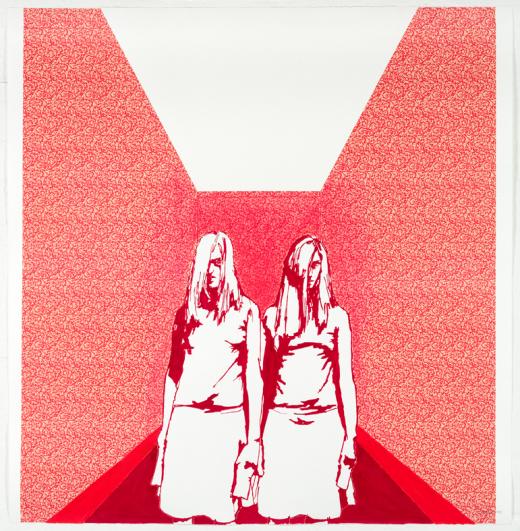 Brigitte Waldach
“I’m someone who actually would have liked to be a Minimalist,” said Brigitte Waldach of herself. Her work—largely installations, paintings, and drawings—reflects this sentiment. Using almost exclusively red, Waldach transform her simple lines into more complex references: a thick block of paint turns into a red carpeting running down the hallway; a simple repeated motif first becomes wallpaper through Waldach’s use of negative space, and then becomes the walls themselves through careful shading.