We caught up with Tina Wentrup, of Wentrup gallery who told us about the gallery’s collaboration with Michel Rein and Ratio 3 for this year’s abc to bring Mathew Hale’s “MARIA UND JOSEPH”, 2011-13 to the edition. 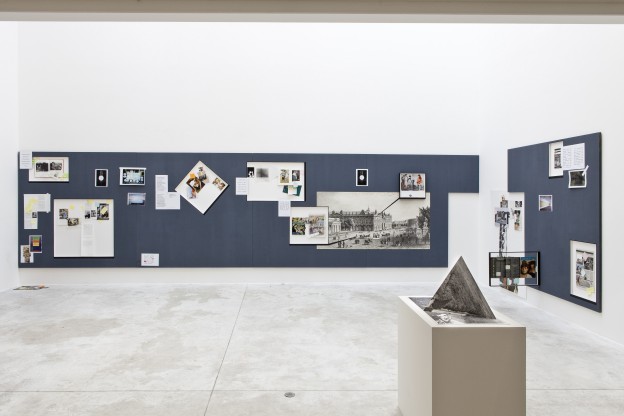 Who and what are you going to be showing? Can you tell us about the piece (briefly)?
Mathew tells it like this: “Each of my works begins without preconception. That is how I find my form. I do not imagine what I am going to produce before I start. I hope to be the servant of true impulse, to speak before I think. In that sense these collages can be seen, retrospectively, to be symptomatic; both of my internal world and of the external society that we all share in at a particular moment in time. In 2011 I found myself producing a series of collages that incorporated material concerning Camilla Parker-Bowles, Prince Charles, Princes Diana AND the UK riots of that same year, as well as a childish misconception about how babies begin. It was the first time that I had spontaneously produced a series of works that were clearly related … and I began to see that they could be formulated into one work – or one arena of cultural response. The resulting work, MARIA UND JOSEF, 2011-13, which was first exhibited in Galerie Michel Rein in Paris in 2012, does not make the kind of a+b+c sense which would allow it to be anatomized cleanly, but it does bring together, and organize in one place, a conflict.”

Why is this event important in your art calendar, Tina? What makes it interesting or special?
It’s the opening event in fall, one of the best options to get important collectors and curators into town because galleries + museums are offering an outstanding program. The fair offers with an open concept the possibility to realize unique installations which could otherwise only be shown in museums.

The work is a collaboration. Can you expand on this idea and how it came about?
We have a close relationship with both galleries and are collaborating since quite a while. It’s a perfect opportunity to combine three different galleries (to motivate foreign galleries to show in Berlin because we initiated the project) to show a very complex and demanding work in Berlin.