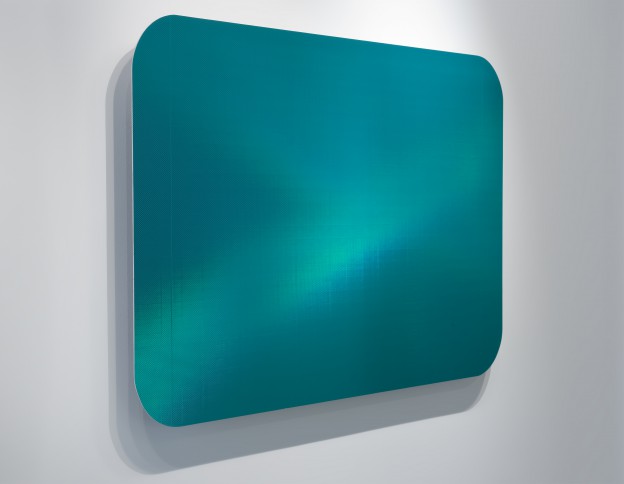 For the gallery’s fifth participation in abc berlin contemporary, Mehdi Chouakri prepares an exhibition of works by three of its artists, an exhibition that focuses on the artist’s relationship with nature and environment in a globalised context.


Saâdane Afif recreates the visual effect of foggy landscapes in his series Brume (Mist). Using rectangular aluminum plates covered with customary whitish grey or green holographic foil, he imitates the aesthetic of North American road signs. The dimensions and titles of the works reference famous 19th century American landscape paintings of the Hudson River School and take us back to a time where highways were built with the intention to let car drivers to enjoy the landscape. 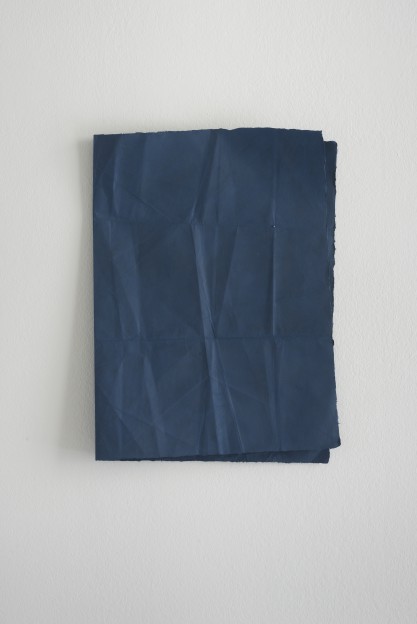 On her daily commute to and her from New York studio, artist N. Dash touches, folds and refolds a piece of paper in order to record transient moments and distance into the material. After wearing down the paper, she seals it with oil and pigment or with graphite to create Commuters, a series that documents the gesture of touch as a mean of imbuing the material with significance. 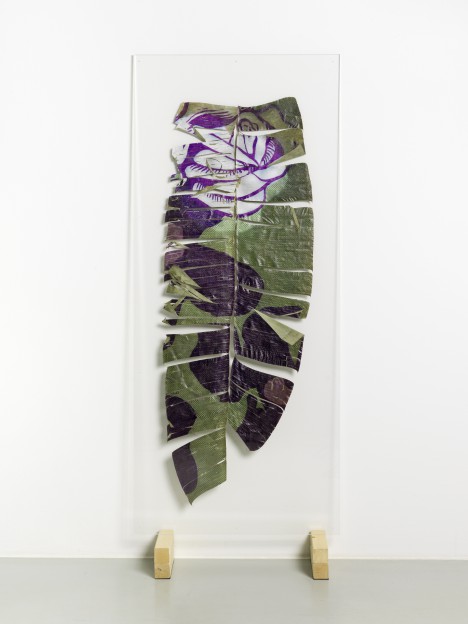 Luca Trevisani reflects on the border between nature and culture in his most recent series Notes for dried and living bodies. Trevisani uses prints of found floral patterns on dried exotic leaves, mounted between two Perspex sheets in order to redefine the notion of scientific research as an artistic and visual practice.