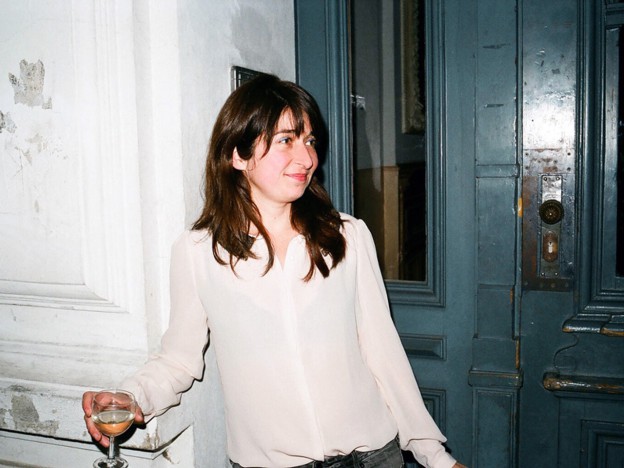 In this brief interview we introduce Despina Stokou and the work she will present at abc.


Where is your favorite Berlin location?
Uferhallen Caffe during lunch time

Can you tell us about the work you will be presenting at abc?
I paint text. That is best way to describe what I do. In that sense language and the different forms communication can take is a medium for me. Emoji is a new alphabet, the first maybe truly universal alphabet, registered in your iphone between Dutch and Estonian; as such it offers endless possibilities to curate work. What is even more interesting is that it is an unscripted language, no rules and no explanations come with it. What is considered “luck” in one country is quite literally “shit” in another.  I work with text material found online, in loosely curated narrative series. Starting to deal with this new alphabet I was curious about the material already existing out there in its relatively short life span- Emoji poems for example.
I asked everybody I knew to contribute a screenshot of their recently used emoji, in a way offering a portrait of themselves; an insight into their communications habits and you might even go as far as to say psyche. The recently used emojis were drawn in the loop until there was no more space in the canvas, then cut out of colour paper and collaged. It was a real trip to see what kind of color patterns would emerge.
In another series I repeat one single emoji, I really like the spanish dancer emoji for example, I made a few pieces with it called “feminism (light)”. When I thought of doing the male counterpart (machismo light) I chose the cactus emoji. In popular culture aubergine is supposed to represent the penis- but seriously, how many “aubergines” have you seen in your life?!