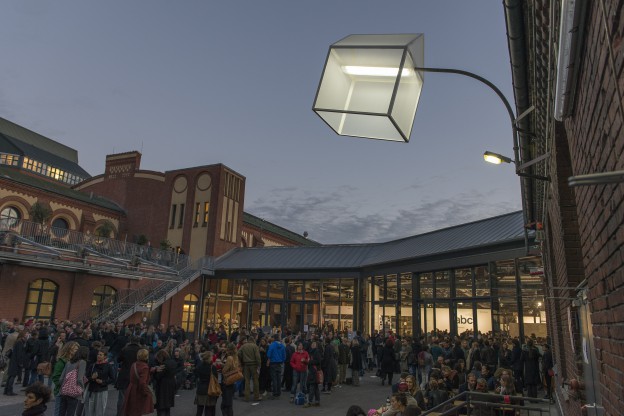 What a weekend we have had. abc art berlin contemporary this year hosted a record number of 28,000 visitors to Station Berlin for the sixth edition of the four day event. Curators, collectors and members of the art world from across the Globe were in attendance. They saw work from over 130 international galleries who showed 120 unique positions of work; over 80 of which were new. The rich variety and quality of the work also was reflected in the number of sales.

We spoke to some of the galleries about their weekend here in Berlin:

“abc is a real show, an opportunity for artists to take risks and exhibit challenging projects to a wider audience, a chance for galleries to make statements and position their programs. All this added to the generosity and openness of the local galleries and the strong and fresh content that one can only find in Berlin, makes the experience a very special one.” Felipe Dmab, Mendes Wood, São Paulo

“It is our first time at abc and it was extremely dynamic with a strong emphasis on curatorial projects. It lived up to our expectations. We met collectors, curators and gallerists from around the world and we have built strong relationships. We look forward to the 2014 edition.“ Daniel Faria, Daniel Faria Gallery, Toronto

“It is our third time here and every year it gets more professional. Everyone is enjoying themselves and the format gets better and better. We have our roots in Berlin, so it is important to be here.“ Matthias Von Stenglin, Raebervonstenglin, Zurich

“It is a great pleasure to be back at abc after 3 years. The idea to be in abc is not another art fair but rather a special art fair with it’s own concept.“ Marcio Botner, A Gentil Carioca, Rio de Janeiro

Berlin is an important point of reference for many of our artists, and the city has a unique ecosystem of institutions, artists, critics and galleries. For us, participating in abc is a way to temporarily become part of that ecosystem. This year we’ve continued and rekindled conversations with a number of supporters of our program so we consider our participation a real success.“ Joost Bosland, Stevenson, Cape Town