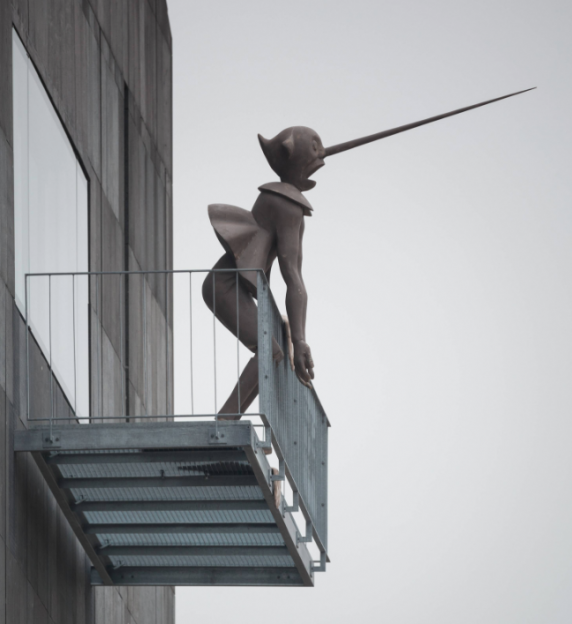 “With the past, I have nothing to do”

“Most artists scrutinize their work to make sure it is in the vicinity of their intention,” Barbara Novak and Brian OʼDoherty ascertain…and indeed Eitel has often stressed that he spends the largest amount of his time in the studio just staring at the canvas…they tell about Mark Rothko, who “gave the impression, as one watched with him, that the painting was unknowable, precisely because he could not foresee or experience the infinite complexions of the painting as it equivocated in different lights. Rothko’s concentration at such times filled part of the silent studio.” Concentration as a temporary sculpture, while the painting evaporates under the questioning eye. With the past, this has nothing to do. And not really with the future. We live in the now. Text by Lutz Eitel

Peres Projects presents a solo exhibition by American artist Peter Shire, member of both the California ceramists associated with Ferus Gallery, Los Angeles and the Memphis Group of Milan. On view are a series of seminal ceramic works, whose vibrant geometric sculptures challenge notions of form versus function, evading clearly defined labels of craft, fine art, and design.

Aurel Scheibler presents new works by Alessandro Twombly (*1959) in his solo exhibition Five Sculptures. Working both with sculpture and painting, the artist continually explores the relationship between art and nature. In his newest works, Twombly remains true to his artistic concerns as well as his visual vocabulary and discovers the way to express universal ideas by means of abstract imagery.