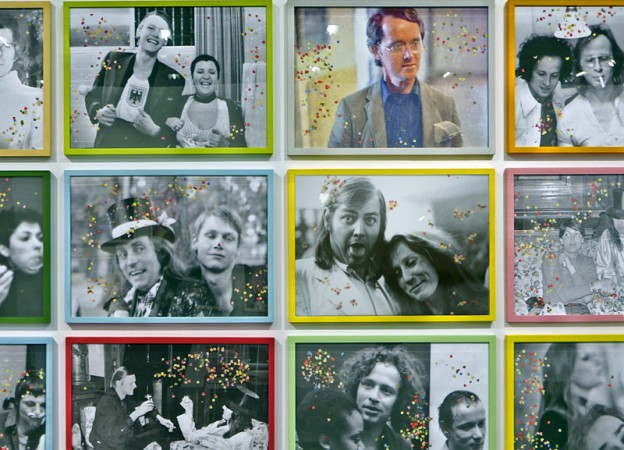 Klaus vom Bruch presents the complete series of ‘Kinder des Olymps’ at Helga Maria Klosterfelde Edition after a first successful showing of a large selection of the series at this year’s Art Cologne, and in doing so, he sends us on a journey in time back to the future of Art. His photographs are bacchantic snap shots and intimate portraits of a young generation of artists who mutually and playfully crowned themselves, with loosely woven wreaths, the last of the Avantgarde and who have today become legends.

What’s to distinguish the coat of paint from code? The procedure of painting from the condition of encryption that saturates and conditions the canvas with – if not ‘meaning’ – then a succession of on/off switches: risk and/or collapse, blankness and/or figuration, the singular and/or the serial, the manual and/or the mechanical, paint and/or more paint?

“Turn of a Century”

An exhibition of works from Berlin at the turn of the millennium, with André Butzer, Björn Dahlem, Thilo Heinzmann, Thomas Helbig, Andy Hope 1930, Erwin Kneihsl, Markus Selg and Thomas Zipp.

In his paintings, Thurman employs bold hues on canvas, which reference the stickers used on Hot Wheels and slot cars, stretched over cutout and shaped wooden forms. These large-scale works negotiate intimately autobiographical traits with formality, as they recall the artist’s childhood fascinations with these toys, while confronting and pushing forward the boundaries and possibilities of formal painting.