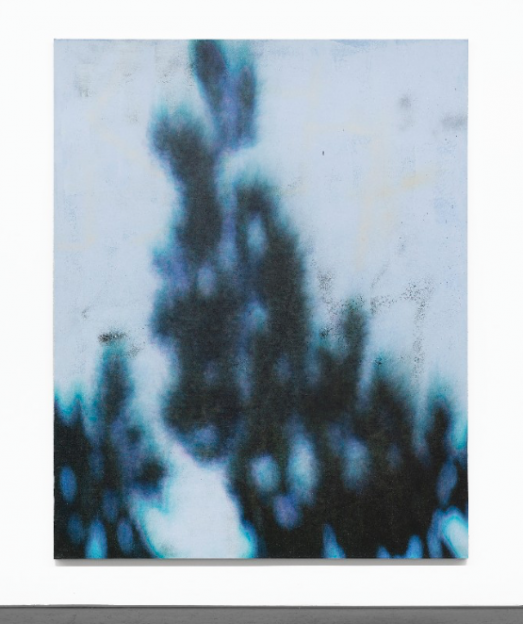 Comas uses industrial materials such as household paint and cement to create paintings suggesting an ever- changing urban environment. In his latest works, which he produced in Berlin, he combined these materials with photography and UV printing. The visual tension in Comas’ pieces is rooted in his thematic preferences. Born and raised in Buenos Aires, educated in Paris and living between Los Angeles and Berlin, he uses the construction and deterioration of metropolitan cities as a starting point for his canvases.

Miroslav Tichý went outdoors with his self-made cameras every day, capturing images of as many women as he could. To photograph a hundred women per day – this was the ultimate goal of the Czech artist, born 1926. In his quests, especially those in the 1980s and 1990s, he took innumerable voyeuristic photographs. The images of the women shot are blurred and generally out of focus.

Ambivalences, dynamic, alterable and multi-faceted spaces of sensation in literature always fascinates Natalia Stachon. Especially when they speak of the inability of language to grasp what it is trying to describe. For her, they possess the ability to open new rooms. Inspired by the encounter with the writings of William S. Burroughs und Emily Dickinson, Stachon continues this engagement with the works shown in the exhibition entitled Omitted Center.

“The Invisible and the Third hand”

The Invisible and the Third Hand focuses on a single character, who appears throughout the works on view in different permutations: the Dutch master. Although their significance may not seem immediately apparent, the legacy of Dutch master paintings weighs heavily on our present. Their depictions of the emergence of an inchoate capitalism begs comparison to our contemporary system of alienated labor, speculation, and futures dealing.

Peggy Buth’s flexible-media group of works The Politics of Selection – vom Nutzen der Angst focuses on voids in the urban space, which she defines as ‘historical-virtual’: “Those which exist as cultural memory, but which are no longer discernible as such, because they have been destroyed, built over, replaced, gentrified.” The current condition of these (urban) situations, as documented and interpreted by Peggy Buth, is a reflection of the relationship between capitalistic urban space production and space acquisition and between symbolic capital and its associated differentiation processes, in all their complex links and mutual conditionalities.